What is egg donor sharing ?

For single women who, for different reasons, can not use their own eggs to have a child, donor sharing treatment has many benefits.

This treatment involves sharing between two women the eggs of a young donor, ceded to altruistic and voluntary way. The mature oocytes are then fertilized in the laboratory with the sperm of a donor by traditional In Vitro Fertilization or ICSI with the guarantee, for each of the two women, to obtain at least 1 blastocyst, embryo of 5 days with high probabilities of implant once deposited in the pre-prepared maternal uterus.

Egg donation is different from the donation of embryos. Embryo donation is a treatment that consists in transferring into the uterus of the recipient woman embryos that have been previously cryopreserved and then thawed and given for adoption by a couple or a woman who, having satisfied their parental desire, gives them up.

The sharing of the egg donor allows a better embryonic quality and a lower genetic risk since the gametes come from young donors, chosen personally and in a targeted way and not of people who suffered from infertility problems initially then, having obtained a pregnancy and having satisfied their parental desire give the adoption to their embryos.

Egg donor sharing allows better phenotype accounting than embryo donation since all the physical characteristics  of the woman who will host the embryos will be considered. This can’t be choosen when the embryos are already generated and then given to the adoption.

The sharing of the egg donor makes it possible to limit the number of supernumerary embryos which will have to be, sometimes unnecessarily cryopreserved because it is known that normally 4 to 6 eggs only when they are good of quality are necessary to generate embryos able to give a pregnancy.

For a single woman, for whom the financial aspect is often a hindrance to assisted reproduction treatment, sharing the egg donor can reduce the total cost of treatment, as well as reduce the time taken to care.

CRA Barcelona successfully carries out shared  egg donation treatments for single women wishing to have a child with respect and discretion.

Let us help you 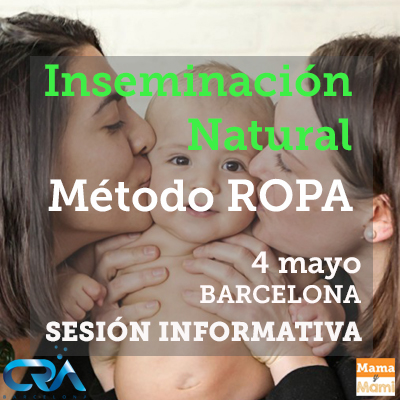